Key sales days such as Black Friday dominate in people’s minds, but there are plenty of other global celebrations for ecommerce brands to boost sales throughout the year.

While the period from Black Friday and Cyber Monday all the way to Christmas tends to be the busiest time for ecommerce brands, there are plenty of other holidays throughout the year and around the world that brands can take advantage of to run sales and create excitement.

Here are 25 holidays for ecommerce brands to consider when planning strategy for the year:

Proclaimed the ‘saddest day of the year’ after all the overindulgence of Christmas and the wearing off of New Year’s resolutions, Blue Monday falls on the third Monday of the month. It has been appropriated by brands as a day to run sales on and help incite some ‘retail therapy’.

Chinese New Year is the first day of the year for the Chinese lunar calendar and is also known as the Lunar New Year. It usually falls in late January or early February. It is a huge celebration lasting for approximately 15 days. Lunar New Year is not only celebrated in China but also its neighboring countries such as Singapore, Indonesia, Malaysia, Myanmar, Thailand, Cambodia, the Philippines and Mauritius as well as North America and Europe. In 2019, spending for Chinese New Year reached 1005 billion Yuan (approximately US$146 billion.)

Valentine’s Day is celebrated in many countries and it’s a profitable holiday for ecommerce brands with Americans alone spending roughly US$20.7 billion on gifts in 2019 and US$27.4 billion in 2020, an increase of 32%. As only 9% of men and 7% of women buy their gifts at online retailers there’s a huge opportunity for ecommerce brands to increase their portion of the pie.

Defender of the Fatherland Day– Russia

This is a public holiday in Russia with it being unofficially considered a ‘Men’s Day’ as military service is obligatory for men. Women tend to give presents and postcards to the men in their lives on the day and parades are organized throughout the country. Popular presents include vacations, money, fishing equipment, books, and smartphones or other gadgets.

Held on March 8th International Women’s Day is celebrated in most countries, with Russia and Poland in particular spending a high percentage on presents, with the majority of respondents in Russia planning on spending over 3000 rubles (approximately US$40). Many retailers use the day to run promotions, discounts and marketing campaigns on women-specific products.

A national holiday in Ireland, but also widely celebrated worldwide, St Patrick’s Day spending reached approximately US$6.6 billion in the US in 2019, up from US$5.9 billion in 2018.

Celebrated in most of the Western world, Easter spending in the US reaches around US$17 billion dollars per year with food, clothing, gifts, candy, flowers and decorations the most popular categories. In the UK, spending reached £4 billion in 2016 (approximately US$5.3 billion), with approximately £713 million spent on gifts.

Approximately 30 years ago, Japanese confectionary makers created a holiday for men to gift marshmallows to their wives and girlfriends as a symbol of gratitude – and to boost marshmallow sales. The day has since developed to anything white (white chocolate, jewellery, lingerie, flowers) and spread to other countries such as South Korea and Taiwan.

Eid is the holiday that marks the end of Ramadan and celebrated by Muslims all over the world. Traditional gifts for Eid include clothes and jewelry, food, dates and toys.

Hot Sale is another big weekend in Mexico which happens around the last weekend in May or first weekend in June depending on the how the year falls – similar to Black Friday or El Buen Fin the actual date isn’t set,  just the weekend it occurs on. Sales in 2020 reached 20.16 billion Mexican pesos (approximately US$922 million) and there was a 58% increase in new buyers.

Mother’s Day in North America is a big deal with expenditure in the US reaching $26.7 billion in 2020 up from US$14 billion in 2010. Popular gifts include jewelry, electronics, gift cards, and clothing and accessories. Spending on flowers alone was approximately  US$2.56 billion in the US in 2020.

Celebrated in the US since 1860 and evolving over time to become a celebration of Mexican culture and pride, Cinco De Mayo is an important holiday there, primarily focusing on Mexican food and drinks. Sales of tortilla chips alone reached US$98 million in 2016.

Independence Day held on the 4th July in the US is a huge celebration with a public holiday and national festivities throughout the weekend. Spend for food alone in the US was US$6.52 billion in 2020.

Diwali falls in October or November each year and the month before is the country’s busiest shopping period with spend in 2019 reaching US$3.8 billion (a 51% spend increase) and accounting for approximately 35% -40% of the annual sales of ecommerce. The holiday is celebrated in other countries too with Diwali accounting for 2.1% of respondents’ spend in the UK.

Established by UNESCO in 1984, Teacher’s Day is celebrated in many countries. Gifts to teachers often include stationary, tote bags, and personalized items such as coffee mugs or tea towels.

El Buen Fin is Mexico’s answer to Black Friday and a really popular holiday there – with spending to match. Similar to Black Friday the date is not set in stone but generally occurs two weeks before Black Friday on the weekend before Mexican Revolution Day. In 2019, the retail sales revenue generated by online shopping during El Buen Fin in Mexico amounted to 10.9 billion Mexican pesos (approximately US$495 million), an increase of nearly 58 percent in comparison to the previous year.

As Friday is a holy day and black as a colour is generally associated with sadness or tragedy the Middle East created White Friday in 2014. It also takes place at the end of November. Countries that participate in White Friday include Saudi Arabia, Kuwait, and the United Arab Emirates, Oman, Bahrain, Qatar, and Egypt.

Dia de los Muertos is traditionally celebrated in Mexico although it is also popular in Latin America and regions with a Latino population such as Los Angeles. It is a two day festival where the deceased are commemorated with gifts for altars, food, drinks, parties and activities that the dead enjoyed in life.

Click Frenzy is an Australian version of Cyber Monday which started in 2012 and is held twice a year in November and May. There was a 103% increase in June 2020 from May and November 2019 with partners seeing 47% growth during Click Frenzy compared to the previous week.

Singles’ Day was created by online marketplace Alibaba – as a counter to Valentine’s Day and has taken off in popularity with sales reaching US$38 billion over 200,000 and 78 countries. In Singapore, sales rose 67% in 2019 compared to 2017/18.

Green Monday is an online retail term originally coined by eBay for the day considered the best sales day in December with sales reaching US$1.621 billion in 2016 and the second-biggest day for online holiday shopping.

There are many local holidays across the year that cross-border ecommerce brands can tailor their discounts or sales strategies to in order to take advantage of them and increase sales throughout slower periods during the year.

To see how eShopWorld can help your brand expand into new markets with ease, contact our team of experts here. 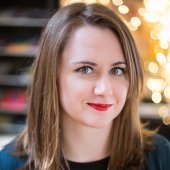