The UK has seen eCommerce flourish during lockdown, and it now appears that this growth has helped overall retail sales, with eCommerce accounting for 33.4% of total retail sales in May, according to figures provided by ONS.

Overall UK retail sales in May marked a sizeable improvement on the previous month, up 12% from April. This still means that sales are down 13.1% from pre-covid numbers, but a sign that things are improving for the industry.

Research from Mastercard shows that the US is experiencing similar online growth, with eCommerce now accounting for 22% of all retail sales, doubling the numbers from the same time last year (11%). Mastercard says that in April-May, over US$53 Billion of incremental spending happened on eCommerce channels in the United States.

Another report from PYMNTS.com revealed that 32.8% of consumers are purchasing the same amount of goods as they did pre-covid, except they’re doing it online. Many of these plan to continue shopping this way after restrictions are lifted , especially those in the Gen X demographic.

Richard Lim, CEO of Retail Economics, commented: “A seismic shift towards online pushed this channel to new heights. Retailers have been working tirelessly to boost their online capacity to cope with this intense period of demand. Those with the most flexible operating models and who have been fleet-of-foot are retaining customers and reaching out to a new wave of online converts. Many consumers are shopping for products they had previously only ever purchased in a shop. This shift in behaviour will inevitably be sticky for a large proportion. The critical question retailers will be asking themselves is how long-lasting the shift will be.”

Social Commerce to increase by 95% due to lockdown

Research conducted by the delivery company ParcelHero has predicted that sales of products that have been discovered on social media will increase by 95%.

The same research makes the case that 20% of British consumers can now be considered “social shoppers”,  even though checkouts have not yet been introduced on Social Media platforms in the UK. ParcelHero has said that if these platforms do add checkouts, like they already have in the US, then the potential growth would be “unlimited”.

The Covid-19 pandemic has completely changed the ways that consumers make purchases, and this news is the latest change to consumer habits that has been accelerated by the lockdown measures. Just recently, research from Meepl discovered that 20% of UK shoppers say they won’t shop for clothing in brick and mortar stores again.

At the beginning of 2020, 16% of Consumers in Britain had bought an item via Social Media, but in the space of 5 months that number has jumped to 20%. This means that almost 11 million UK shoppers made a purchase motivated in some way by social media.

Discussing the findings, head of consumer research for ParcelHero David Jinks had this to say:

“Back in December 2019, long before the lockdown hit, research released by the social commerce specialist Curalate revealed a 79 percent increase in UK shoppers discovering new products on social media compared with 2017. Instagram alone enjoyed a 64 percent increase in UK surfers using the platform to find shopping inspiration. We believe this growth continued exponentially as lockdown dragged on this year.

“It’s jaw-droppingly hard to believe, but there’s still no checkout on Instagram here in Britain, nor is there on Facebook Pay. Also, in another slap in the face to UK stores venturing into social media selling, Google continues to charge retailers to place their products on the Google Shopping search page here in the UK, despite dropping these charges in the USA.

“Nonetheless, 24 percent of UK businesses were selling products via social media at the beginning of the year. That’s likely to have risen to around 30 percent following lockdown as desperate sellers sought new ways to reach consumers.”

This serves as another reminder to retailers that Social Media is an essential aspect of any eCommerce plan.

YouTube has become the latest online platform to turn attention towards eCommerce, announcing the addition of ‘shoppable’ ads.

This new way of advertising allows users to open browsable product images below the video, which brings traffic to a brand’s product page. Users can scroll through various tiles, which include product images and prices. This may be significant for retailers, as many consumers will research products by watching reviews or ‘Unboxing’ videos on the platform. Recently, it was found that 70% of people say they’ve bought a product because they saw it in a YouTube video.

Using the new feature will require brands to sync their Google Merchant Center feed with their video ads. This will allow them to give users the option to expand a ‘Call-To-Action’ button, opening up a gallery of the brand’s items.

Early tests of the new format have had positive results. Underwear brand Aerie was given early access to the feature and reported its return on ad spend was 25% higher than the previous year. It also noticed that there were 9 times more conversions.

YouTube follows other social media companies in creating new features to encourage eCommerce via its platform. Snapchat recently announced the addition of dynamic ads, a tool that makes it much easier for brands to advertise in-app. 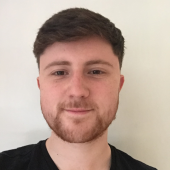